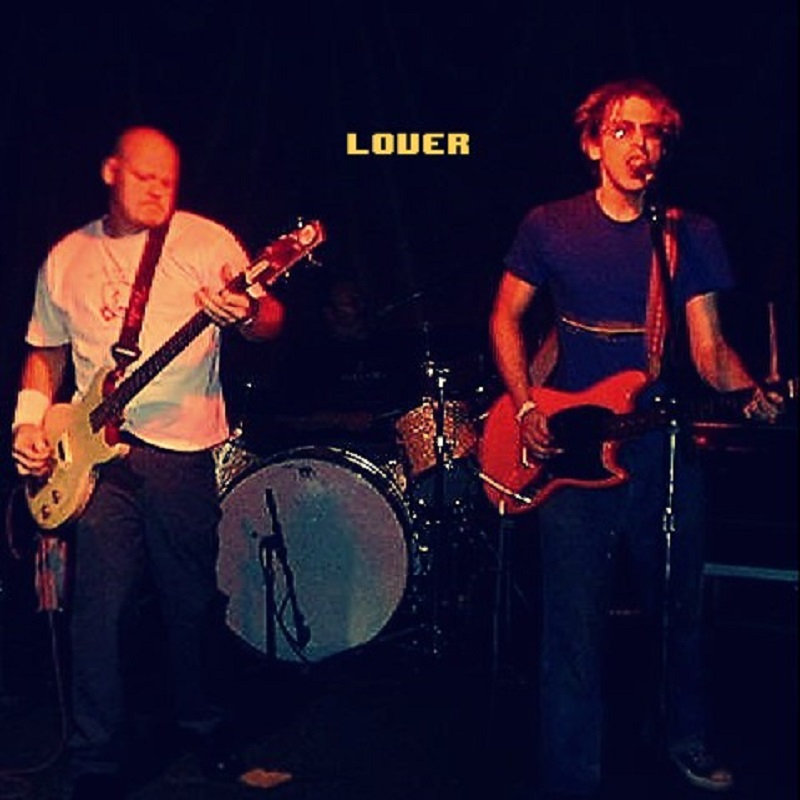 Lover was a band from the years 2000 to early 2002 from Morgantown WV started by myself and Jim Demko and we recorded the first demo in my Dad’s basement on 4 track with me on drums, guitar and vocals and Jim on bass and he wrote much of the lyrics. Later recruited Kim Monday (who was my boss at the time at the local musical equipment repair shop) on drums. Kim played drums on all of the first album and about half of the second album, as well as keyboards, backing vocals, and piano. He played many shows with us until the time of the last 4 songs Jim and I recorded when Rafe Godfrey took over drumming duties live. By that time Jim and I were splitting lead vocals 50/50 as well. This is the complete collection of everything Lover recorded in reverse chronological order starting with the unreleased 4 songs, then the album Revol, followed by Under Nude Management followed by the Demo. Remastering all these tracks has really been a trip down memory lane and I’m really amazed how well this music has held up some 15 years later! Please download, share, and enjoy! -Justin